Coincidentally as I started writing this editorial, it was the 4th of June. The Tiananmen Square massacre 30 years ago. It is somewhat linked to the story of ACCS. As I write this editorial now, the picture of a man who stood in front of a tank in Tiananmen Square that appeared in the AGE newspaper in Melbourne flashed before my eyes. Today I saw the picture in the AGE again. It transported me back to 1989.

They came, at first in a small trickle, then an avalanche. The Chinese escaping from China, via Hong Kong, they came, into Australia. Being a member of several Chinese association and groups in Melbourne, I ran English classes for these “refugees” using Accelerated Learning techniques. I taught them how to read the AGE newspaper. I drew the vocabulary from day to day events. They loved it. I will never forget the eyes of one student when he came up to me and thanked me in halting English at our last class. A man in his 50s, small in stature, not much different from the thousands of Chinese men found in any city. There were tears in his eyes. Tears of gratitude. He said “thank you, thank you, xie xie” repeating the Mandarin words almost in a whisper, clasping both my hands and shaking them up and down. Then there was the Chinese woman who was a radiologist. A tall willowy woman, she was a working in a hospital in Beijing when she saw patients being brought in. They had gunshots wounds. She told me. Then there was the middle aged woman who was working at Beijing Hotel, and how she hid in one of the rooms and saw what happened on that fateful day that changed the world’s perception of China forever, especially for those in my generation.

A year later, in 1990 I founded the Australasian Centre of Chinese Studies to create employment for a Chinese PhD student named Luo Jian Guo or Jian-Guo Luo (he, like many Chinese people put their surnames last, following the Australian custom). Jian-Guo which meant “build nation” was a journalist in Beijing, a very highly educated young man. He had won a scholarship to study at the Australian National University in Canberra. Completing his Masters, he was enrolled in a PhD programme at Monash University where I was teaching and that was how I met him. One day he told me that he was trying to get a job but could not as he was a student and not an Australian citizen. He had a wife and son to support in China. I started the Australasian Centre of Chinese Studies with him as our Academic Director. Together we wrote the textbooks for ACCS which are still used today. Jian-Guo had to get out of China after the Tiananmen Square Massacre for all sorts of reasons which I won’t discuss here. 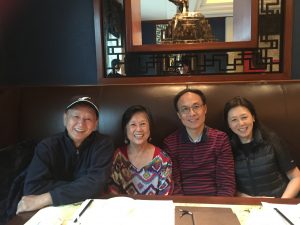 Today 4th June I remember him and I know he is well and happy in the world somewhere. How do I know? I didn’t see him for nearly 20 years but then 2 years ago, we met again in Shanghai. He told me his son is married to a Malaysian girl and they were about to make him a grandfather. So out of the ashes of the people who died that day in Tiananmen Square, a little baby Aussie is living somewhere in Melbourne. Perhaps one day, his grandfather will tell him a story beginning with “Once upon a time, in a country far away….” 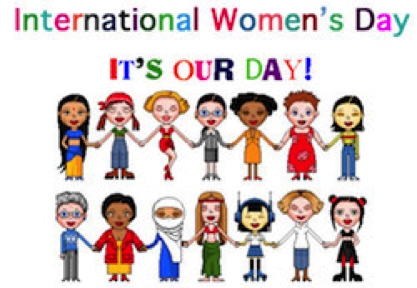 The news tells us there is much violence against women. All over the world. The crimes against women in first and third world countries are horrifying. Women still do not get equal pay even in so-called first world countries like Australia & the USA. Besides the economics, Australia is woefully far behind when it comes to politics. Our first woman Prime Minister was booted out and our first woman Minister of Foreign Affairs has just resigned! As for Chinese women in Australia, we are invisible in the media, except for one or two like Senator Penny Wong. A Chinese in terms of her ethnic heritage, a lesbian and a senator, she is a woman to be respected and I admire her greatly. So for our Chinese young girls who are looking for a role model in Australia, or in the world, it is a challenge.

Perhaps, women in China fare better, you may say for after all, Chairman Mao proclaimed that the women of China held up half the sky! I am being ironic here. When he died, and the Cultural Revolution was exposed for what it really was – it was women who suffered most.  When China opened up to the West, the one child policy came into being in 1979, again it was girls and women who had it bad for the ancient practice of female infanticide was immediately resurrected and widely practised. I read the book “The Good Women of China” and was appalled that so many thousands of Chinese women went through such horrors in modern day China.

So on International Women’s day 2019, what have been achieved for women in general? Where is the equality for women? Perhaps these are not the right questions to ask. Perhaps the questions should be: Do we want equality as women? Why would women want to be equal to men anyway? Perhaps we should go for equity. Equity means that individuals are treated according to their needs.  I don’t have an answer and not many people do for centuries. However, what I do know is that many young Chinese women do not discuss equality amongst men and women. I do not think they are even very concerned about such an issue. They feel free from the constraints of the gender trap. If feeling is the same as social reality, then perhaps we can say the gender trap no longer exists in China.

Unfortunately, feeling is not the same as the actual reality hence China, for all its super power status, still have women trapped in traditional bondage especially in the rural areas. Much like the rest of the world. Until the world’s women populations are freed from such bondage and its attendant violence perpetuated by men, I can only wish everyone an Unhappy International Women’s Day!!

What l love about Australia is that we do things differently here. Most cultures celebrate their big days which are usually holy days or days related to something semi “sacred”, for example, Chinese New Year, which is actually the Spring Harvest in traditional China. Its semi sacred status derives from the Chinese view of food as being sacred especially rice. I remember as a child that I was reprimanded severely for sitting on top of the rice bin that was a sacred object.

In Oz, we celebrate, a race day! For newly arrived Chinese, this must seem odd. Having a public holiday on a weekday Tuesday to watch horses race! Why not? I love watching all the crazy hats the women wear on Cup Day, not to mention seeing Aussie blokes geared up in their suits and top hats. For me, a Chinese woman, wearing hats is to keep off the sun. Here in Oz, hats are for show on Cup Day.

Another day is the celebration of the AFL Footy Final! Yippee! Have a Friday as a holiday. Why not? Football is to be celebrated for many reasons. It keeps the players fit and healthy, especially if they start young. It is for boys and girls. Above all, footy is good for business. Big business.

The more seriously sacred days that Aussies celebrate are ANZAC day and Remembrance Day. For foreigners new to Aussie culture, please do not say or do anything to offend us regarding these two holy days. On these two days, we remember those who died for us in many wars that Aussies have fought in since 1914-18. As I was born towards the end of the Second World War 1939-1945, I particularly want to remember my father who was working for the Royal Australian Airforce then. When he married my mother in 1940 (just before the Japanese invasion of British Malaya) his Aussie colleagues at the RAAF formed a “guard of honor” for Mum and Dad as a kind of congratulatory salute. Nice story told to us by my Mum. So in all the years I have lived in Australia, I love watching the parade on ANZAC day.

Remembrance Day on the 11th day, 11th month and at the 11th hour, we stand for a minute in silence to remember those who made the ultimate sacrifice. Lest we forget… for me I remember especially the cans of Kraft cheese the Aussie and British soldiers gave us when they landed in Malaya after the Japanese surrendered. So each Remembrance Day in Melbourne for over 50 years, I see in my mind’s eyes, the little cans of cheese which are no longer sold in OZ.

Now to the really sacred days in Australia, Good Friday, Easter and Christmas. Although many Australians describe themselves as “not religious, but spiritual”, Australian mainstream institutions are essentially Christian. In this respect, we celebrate Good Friday as the day that Jesus died and resurrected on Easter Monday. These two days, we declare as public holidays in Australia. Christmas is the day that Jesus Christ was born. So on Christmas day, we celebrate with families and many Aussies do go to church during Christmas in remembrance of Christ’ birthday. As a day of deep religious significance for many Australians, Christmas brings us, Asian and European Christians together alike together as no other day can do in a country or continent that is so diverse in so many important things that matter in our lives: family, work and leisure.

As my thoughts ramble along merrily in this last editorial for 2018, it occurs to me now that there is very little difference between our Chinese festivals and that of Australia’s. Aussies and Chinese celebrate Christmas. China celebrates their National Day similar to our Australia Day. Chinese New Year is celebrated by the Chinese in Australia and each year it gets bigger and merrier. So, for the year of the Pig, 2019, no doubt all our Chinatowns in OZ will be noisy and filled with food and goodies. I wish all of you a Merry Christmas and Happy New Year of the piggy. Abundance symbolised by the pig is in store for us all in 2019: in health, wealth and love! 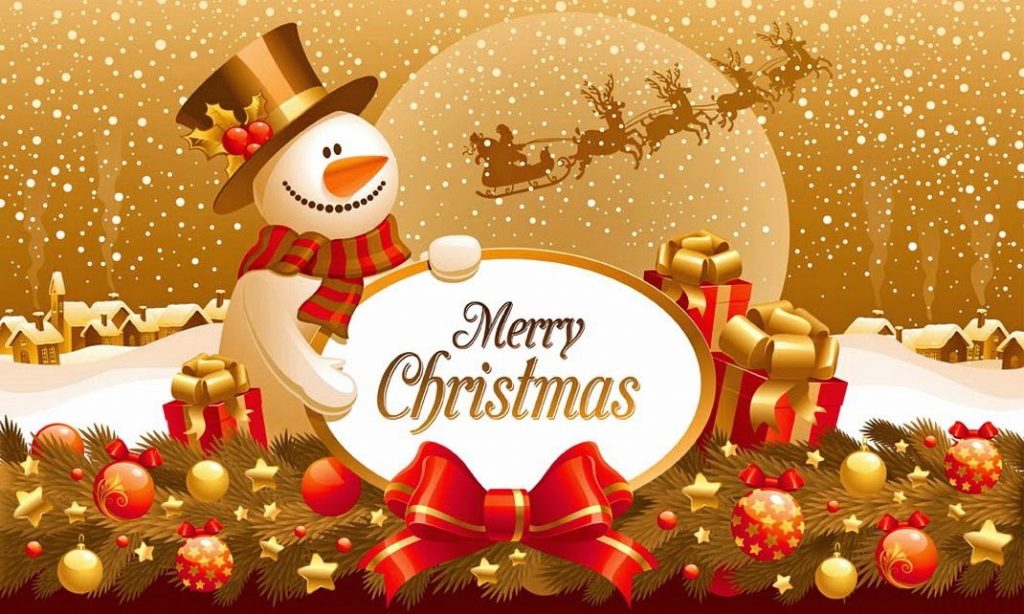