I think being Chinese and living in a predominantly White-Anglo society like Australia has many dilemmas. In the decades that I have lived in Australia, I realise that a number of us Chinese Australians have either retreated to “ghettos” or somehow learn to live with our cross cultural issues; or worst, unconsciously try to pass as “whites”. Families and generational conflicts have gone unresolved for many years, careers broken and friendships destroyed – simply because we are “unconscious” that we are being too Chinese? And what does that mean? There is a funny email that went round the Internet not many years ago, which goes something like this:

You know you are Chinese if

Okay, this is pretty tongue-in-cheek and implied in this ‘list’ is a culture with a strong incest taboo. It is definitely a no-touch, no- show-of-feelings culture hence no overt display of affection either in word or action. Chopsticks people or Sinitic people (Vietnamese, Japanese, Koreans,) are largely influenced by the teachings of Confucius who stated that it is inappropriate to show emotion. Now if this is part of our unconscious culture, what implications does this have for us as Chinese living in a White Anglo and largely Europeanised Australian society where kissing and hugging, as a social norm, happen daily? 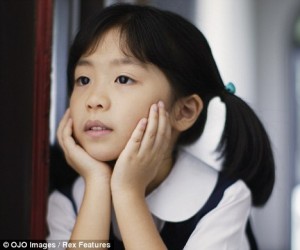 We see other people’s children being kissed goodbye as they are dropped off in schools. They are hugged and kissed. We Chinese children are dropped off and usually with a warning to eat our lunch. My nieces told me that as they were dropped off at school, their very Chinese mother’s last words to them were, “Don’t forget to eat your lunch.” One time they hid their lunch instead of eating it. Their mother found out and grounded them for a month. Being Chinese in Australia can be confusing for a child. We compare ourselves to others – that is a very human thing to do even for adults. More so if we were children. So just imagine being a six or seven year old Chinese child, you will be asking yourself, “Why doesn’t my mum or dad give me a goodbye kiss like my friends’ parents? Don’t they love me?” At a young age, we haven’t differentiated ourselves from our friends. Once an eighteen year Chinese girl said to me that as a child she did not know she was Chinese and different from her White Anglo Aussie friends till she was much older. She thought all her Aussie friends did the same things at home, that is, that they eat rice every day using chopsticks and bowls, that they have to invite everyone older to eat before she does, and address everyone as ‘aunty’ and ‘uncle’ if they looked old like her parents. She left out that bit about the recycled toothpicks.

So being Chinese in Australia could be like solving a Chinese puzzle. Should we bring up our children the Aussie way? Let our children address older people by their first names? As Chinese, this goes against the Confucian hierarchical culture. If we were to allow our children some leeway, are we teaching our children to be disrespectful? Are we, as parents, violating our sacred duty to our ancestors? Whoa! Such a simple thing yet it goes so deep! Yes, addressing people with appropriate honorifics is showing respect, for example, for a child to call me Moni, a 70 year old woman, is definitely not appropriate in the eyes of Confucian Chinese. The casual, informal culture of mainstream Australian society encourages everyone to be addressed by their first names. The nonchalant disregard for titles and honorifics is part of the Aussie egalitarian value system, so our Chinese value system based on hierarchal values, immediately confronts us with a dilemma. 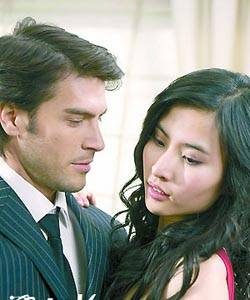 We are not judging which culture is right or wrong. Being Chinese in Australia and doing the right thing in two cultures demand that we consciously know and intentionally learn about the two cultures. Those of us who are Chinese must know our Chinese- ness and how it has shaped us or is still shaping us even if we were born here but brought up by Chinese parents or grandparents. Their cultural history is being passed on to us daily and unconsciously, whether we like it or not. A psycho-cultural approach to address the question specifically is useful. The purpose of such an approach is to attain some understanding of our spiritual and psychological/cultural growth and that of our children, which is the basis for authentic relationships with others and us.